B. J. Harrison Reads Around the World in 80 Days

Despite his wealth, the rich British gentleman Phileas Fogg lives a simple and humble life. He is a member of the Reform Club, which is one of London’s best gentleman's club. One day at the club, Fogg gets involved in an argument. The gentlemen disagree whether it is possible to travel all the way around the globe in only 80 days. Fogg bets that 80 days is enough and accepts a wager of pound20,000 to complete the journey himself within 80 days. Will Phileas Fogg prove that he was right? Or will he lose half of his fortune trying? Find all the answers in Jules Verne’s classic adventure novel "Around the World in 80 Days" from 1873.
B. J. Harrison started his Classic Tales Podcast back in 2007, wanting to breathe new life into classic stories. He masterfully plays with a wide array of voices and accents and has since then produced over 500 audiobooks. Now in collaboration with SAGA Egmont, his engaging narration of these famous classics is available to readers everywhere. Jules Verne (1828-1905) was a French novelist who mostly wrote adventure fiction inspired by the scientific advances of the 19th century. With the help of editor Pierre-Jules Hetzel, he wrote a series of books called "Extraordinary Travels", which includes "Journey to the Center of the Earth" (1864), "Twenty Thousand Leagues Under the Sea" (1870), and "Around the World in Eighty Days" (1873). Widely popular with both children and adults, Verne is one of the most translated authors of all times, and still inspires people the world over today. 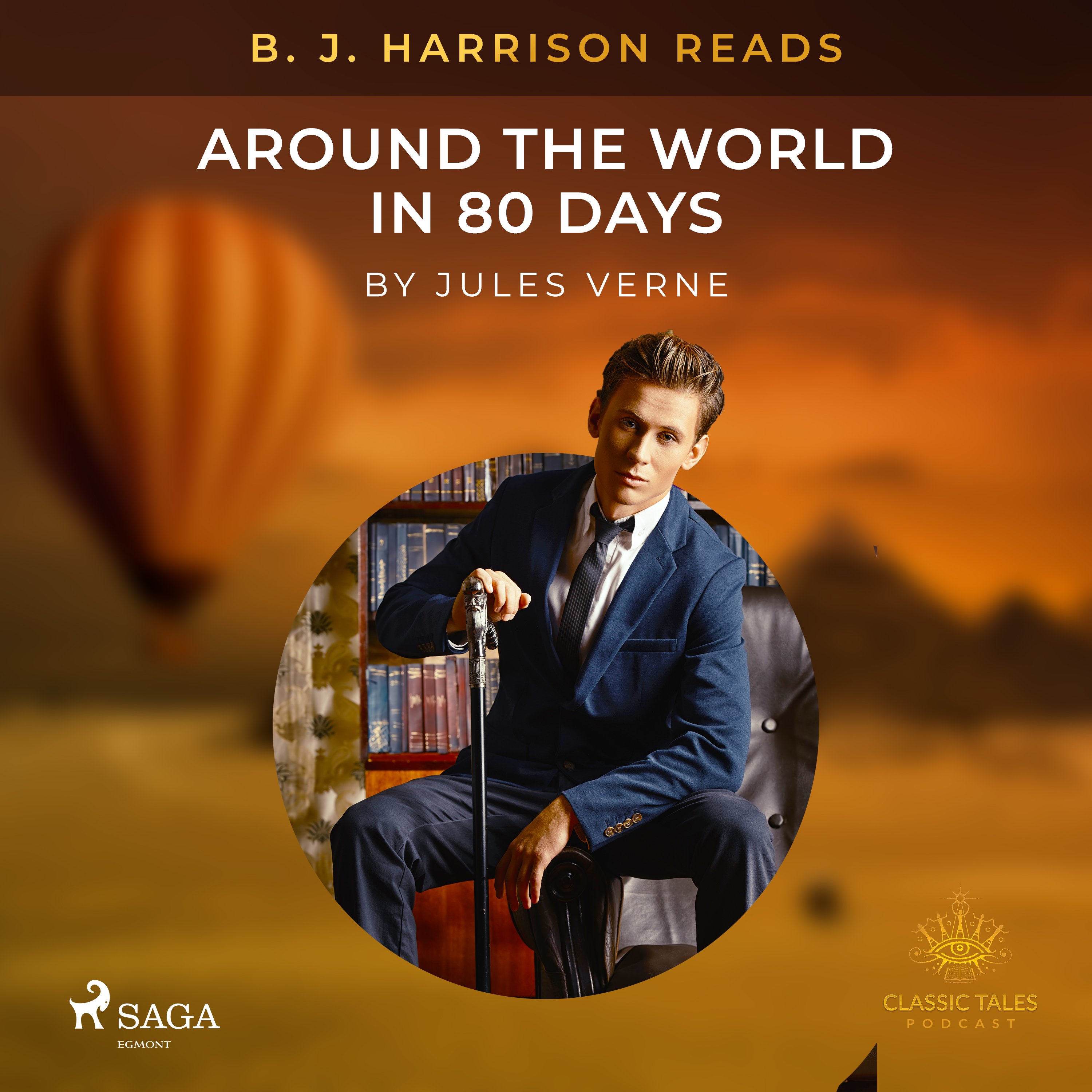