Quiquendone is a small town in West Flanders, whose citizens are the wisest, most sociable and hospitable people. The town’s mayor, Van Tricasse, claims that the one if a person dies without having decided anything in his life then he has attained perfection. One day, Dr. Ox comes to the mayor with an offer. He wants to build a gas lightning system, at no cost for the city. However, Ox's intentions are completely different and this seemingly noble deed is just a facade. Will Van Tricasse accept the proposal? And what is Dr. Ox’s real plan? Find all the answers in Jules Verne’s humorous science fiction story "The Mysterious Dr. Ox" from 1872.
B. J. Harrison started his Classic Tales Podcast back in 2007, wanting to breathe new life into classic stories. He masterfully plays with a wide array of voices and accents and has since then produced over 500 audiobooks. Now in collaboration with SAGA Egmont, his engaging narration of these famous classics is available to readers everywhere. Jules Verne (1828-1905) was a French novelist who mostly wrote adventure fiction inspired by the scientific advances of the 19th century. With the help of editor Pierre-Jules Hetzel, he wrote a series of books called "Extraordinary Travels", which includes "Journey to the Center of the Earth" (1864), "Twenty Thousand Leagues Under the Sea" (1870), and "Around the World in Eighty Days" (1873). Widely popular with both children and adults, Verne is one of the most translated authors of all times, and still inspires people the world over today. 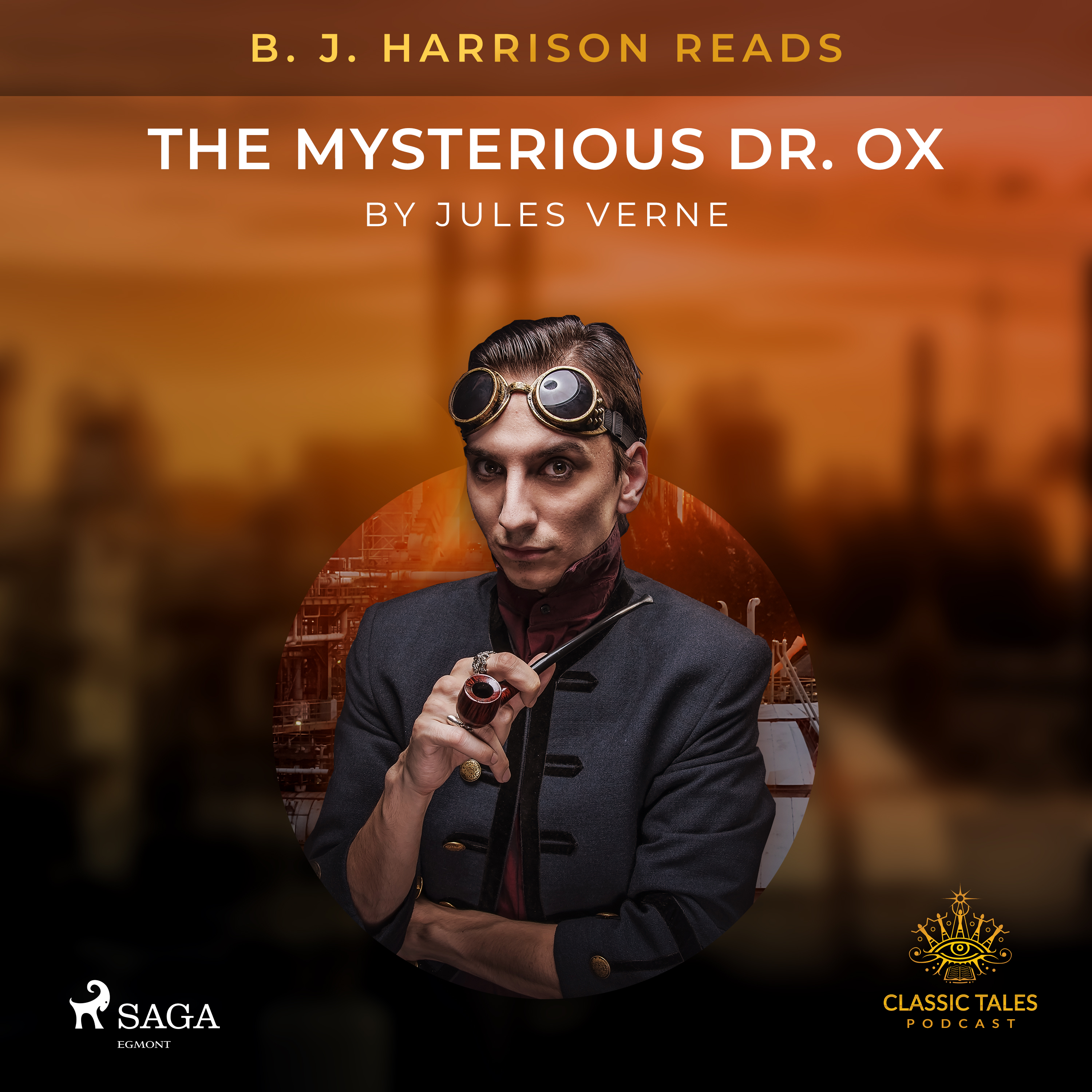