A father and his son visit a magic shop. This is not just any magic shop, but the "genuine" one, as the shop owner points out to the father. The father is not impressed but the boy is mesmerized by what he sees and hears. Yet when one trick turns out to be too real and the father is gripped by something he will not easily forget.
H. G. Wells' short story "The Magic Shop" from the early 20th century has been turned into a short fantasy fil, The Magic Shop (1982), and an alternative version as a 1964 episode, also called The Magic Shop, on The Alfred Hitchcock Hour. Now you can listen to the story transformed as an audiobook, narrated by B.J. Harrison. B. J. Harrison started his Classic Tales Podcast back in 2007, wanting to breathe new life into classic stories. He masterfully plays with a wide array of voices and accents and has since then produced over 500 audiobooks. Now in collaboration with SAGA Egmont, his engaging narration of these famous classics is available to readers everywhere. Herbert George Wells (1866-1946), aka H. G. Wells, was an English writer and social critic. Wells wrote in a variety of genres and styles, most famously science fiction. Once called "the Shakespeare of science fiction", his works are full time travel, mad scientists and alternate universes. Wells' short stories and novels have appeared on the screen countless times as film and television adaptations. One of these is "War of the Worlds" (2005) starring Tom Cruise, a film version of Wells’ novel The War of the Worlds. 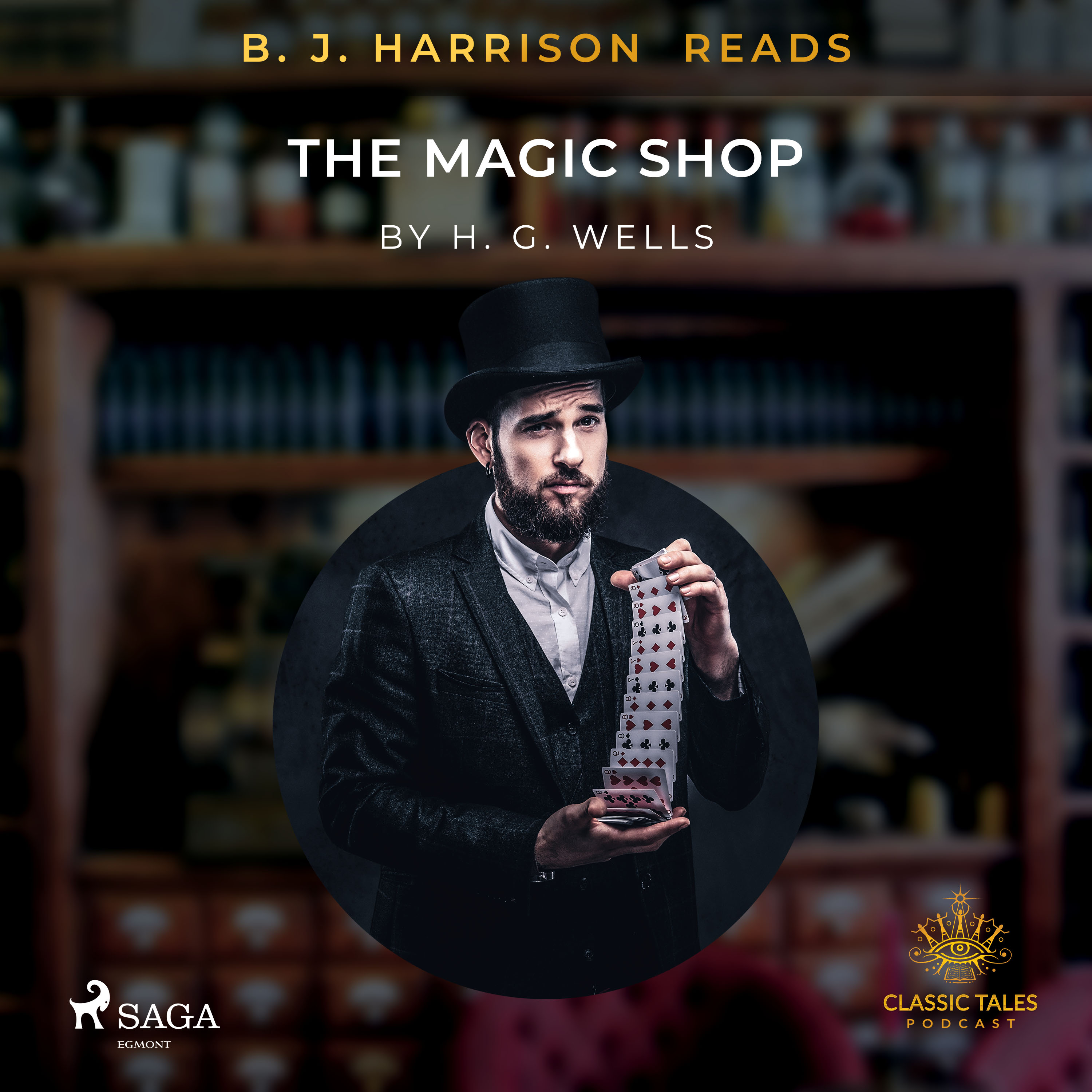