Karen Jeppe and the Armenian People - A Life – a Calling

"Karen Jeppe and the Armenian People - A Life – a Calling" is a biographical and easy-to-read story about the Danish teacher Karen Jeppe, who heroically took action and saved many Armenians from death marches, slave labor and executions under the Armenian genocide in 1915-17.

At the beginning of the 1900s, Karen Jeppe worked as a teacher in Denmark but one fateful evening she attended a lecture about the political stir in the Ottoman Empire. The Armenian people’s fate moved her profoundly and she decided to travel to the Armenian city Urfa to help the many thousands of orphans that lived there.

In Urfa, Karen Jeppe becomes the teacher for a group of Armenian children who have experienced gruesome things. They have seen their parents and siblings murdered, and now they must beg and steal to survive. Karen Jeppe takes the children under her wing and is not only an excellent teacher but also a fantastic initiator and organizer. She teaches the children to read and write, and the adults are put to work farming and doing needlework.

During Karen Jeppe’s stay in the country, the situation worsens for the Armenians. The Armenian genocide progresses and everywhere there is fear, arrests, death marches, deportations, and thousands of refugees trying to survive. Karen does all she can but for every hundred she helps there are thousands she cannot. Still, Karen Jeppe does not give up. She travels to Aleppo in Syria, where she continues to support the exiled Armenian refugees until her death in 1935.

The story of Karen Jeppe is a strong portrait of a brave, competent, and insightful woman, who was driven by love and self-sacrifices for her fellow man by leaving her own safe life in Denmark.

The book is meant for adults but is written in an easy-to-read language which makes it suitable for all.

"Good story for those with reading difficulties": "Karen Jeppe and the Armenian People - A Life – a Calling" is a biographical story about the teacher Karen Jeppe (1876-1945), who under the Armenian genocide in 1915-1917 saved many Armenians from death marches, slavery and executions.
The story is about a strong woman, who under a lecture in 1903 about the political stir in the in the Ottoman empire is so moved by the fate of the Armenian people that she decides to travel to Urfa to help the Armenian orphans.
It is a long and tough journey. Karen Jeppe falls ill herself with a serious and long-lasting disease that postpones and delays her plans, but she is persistent, and the journey later continues to Aleppo. Here she helps the surviving Armenians in the refugee camp until her death in 1935.
It is exciting reading material. Partly the insight into the historical events but also the descriptions of Karen Jeppe’s character are interesting. She is driven by an inner power – a calling – that her relatives in Denmark do not understand. Nonetheless she puts her whole life into the Armenian people – especially the vulnerable Armenian children.

Sadly, I do not think that the cover’s brown nuances will appeal to young readers – a communication of the book will be necessary. But definitely recommendable!

Karen Jeppe was, like many other missionaries and diplomats, witness to the Armenian genocide in Turkey that culminated in 1915. Kate Royster has described her life and work beautifully and in an easy-to-read style, almost in novel form.
Karen Jeppe (1876-1935) was originally a teacher and had dedicated her life to help the Armenians when she came to Urfa in Turkey 1903-1917. It is fascinating to read about her calling to educate Armenian orphans and the gruesome circumstances that drove her to help the Armenians who were sent on death marches and on the run from the Turkish people. Karen Jeppe was also the commissioner for the league of nations 1921-1927 in Aleppo where she – assisted by Jenny Jensen – helped Armenian refugees with food, housing, education and coordinated the effort to find the relatives of the exiled Armenians who during the deportation from Turkey ended up in Aleppo.
Despite the horrific historic background it is edifying reading about a brave, competent, and insightful woman who, under very difficult and harrowing conditions has been true to her calling, faced the task head on in spite of fragile health and has had deep love for the Armenian people to such an extent that she has gone through their struggles with them. She got the Danish medal of merit in gold for her efforts. It might inspire in such a way that others of the same kind as Karen Jeppe will appear in the troubled times we are living in today!
Earlier examples of books are the classic from 1928 by Ingeborg Maria Sick, "The girl from Denmark", that came out in four prints, latest in 1945. The last in line before Royster’s book is Mogens Højmark "Only a little light, Karen Jeppe – The Armenians’ mother" from 2008 while Helle Schøler Kjærs book "Danish witnesses to the Armenian genocide" from 2010 is about both Karen Jeppe and Maria Jacobsen (her diary was reviewed in week 44, 2007). They were both very loving helpers who continue to be remembered and celebrated by the Armenian people.

Use/targeted audience/level: A biographical release about the Danish woman Karen Jeppe (1976-1935) who put her whole life into helping the persecuted Armenian people in the years 1903-1935. The book is (originally) published by Specialpædagogisk forlag and is for youths and adults with reading difficulties.

Description: In 1902 Danish Karen Jeppe hears about the genocide happening to Armenians and she decides to travel to Turkey to help. She arrives in Urfa in 1903 and here she teaches the orphans. Karen Jeppe now gives her whole life to help the Armenians and over the course of the next 30 years, she makes a large difference. She teaches, finds emergency aid, and becomes commissioner for the league of nations in Syria underway. Karen Jeppe dies in Aleppo in 1935. This book will be of most interest to the readers that know of Karen Jeppe or have interest in the Armenian genocide. The language is easy to read with many short sentences although filled with the names of Turkish cities and people. Primarily for weak readers among youths and adults.


Comparison: Can be compared to "Only a little light: Karen Jeppe the Armenians’ mother", 2008, by Mogens Højmark, which is also a biography about the Danish fiery soul edited specifically for people with reading difficulties.

Conclusion: A biographic easy-to-read book for weak readers among youths and adults. The book has the biggest interest for the people with knowledge of the Danish relief worker Karen Jeppe. Greyline has titles that can be used for free reading, theme reading and subject work about e.g. democracy, citizenship, historical subjects, and social realism. The series is created for students in the third and fourth form, for course participants at the language schools and for adults who need literature with relevant subjects that also use easy to ready language. There are tasks for many of the titles in the series. Kate Royster is a Danish writer. She has a master’s degree in Danish and German from Copenhagen University and has worked for many years with Dansk Flygtningehjælp (Danish refugee help) before she debuted in 2004. She has written several novels for young people and adults with reading difficulties that should have access to inspiring reading experiences. 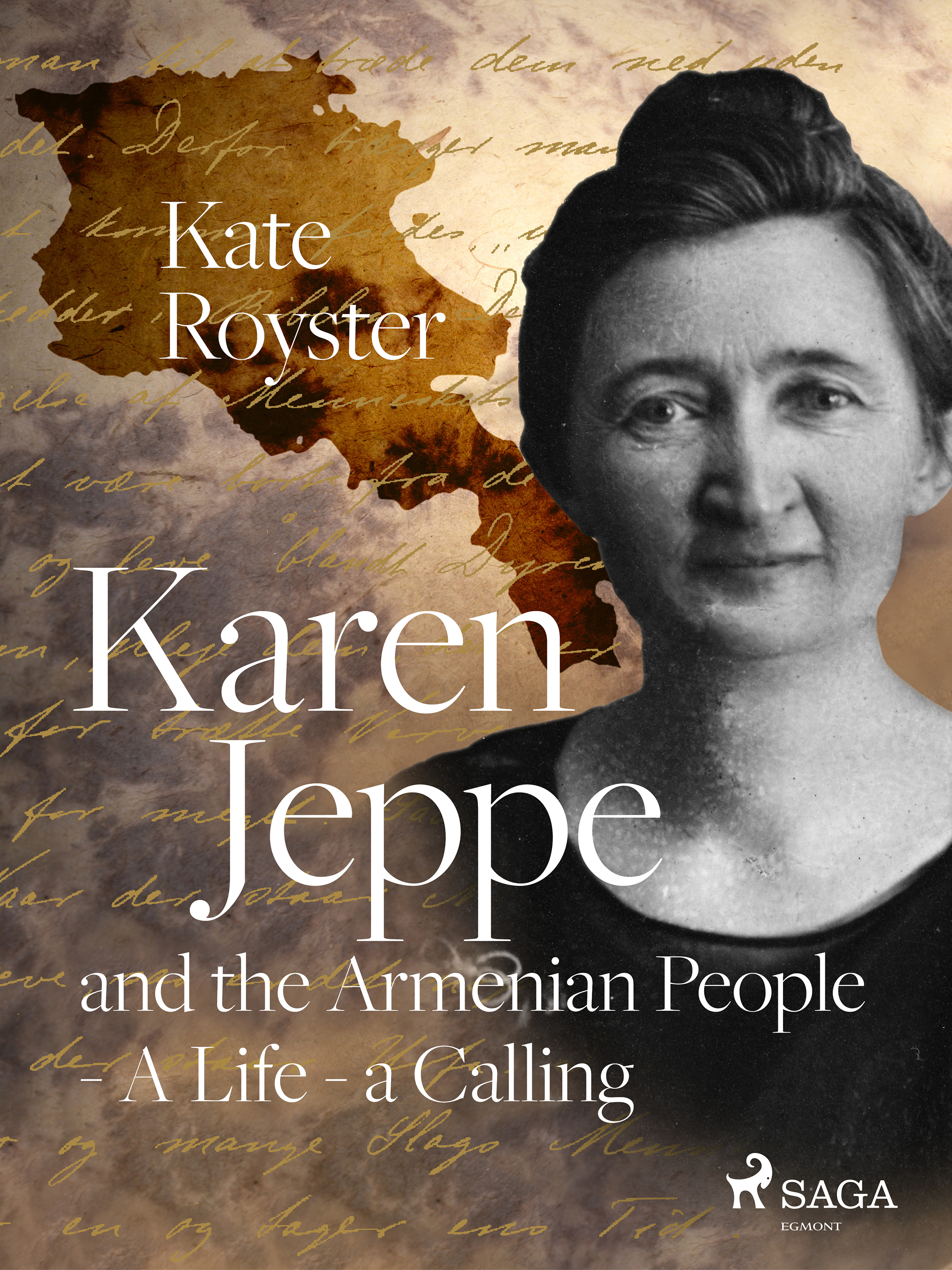